Steve Susman was a titan.  His professional success can be measured in many ways:   his founding and building of the premier litigation boutique, Susman Godfrey; his extraordinary record of winning complex, high-profile cases for both plaintiffs and defendants, large and small; the number of young lawyers he mentored, molded, encouraged, and believed in; and his personal crusade to enhance and preserve civil jury trials. He accumulated almost countless professional honors and awards over a legal career that spanned 55 years. He had a deep-rooted commitment to justice and the rule of law.

After serving as a law clerk to The Honorable John R. Brown of the Fifth Circuit Court of Appeals, Susman clerked for then-United States Supreme Court Justice Hugo Black. A biography of Justice Black revealed that Susman was the first law clerk whom Black trusted to draft opinions for him.

Early in his career, Susman joined a large Houston-based firm, quickly rising through the ranks to become a partner. He took a one-year sabbatical to teach law at the University of Texas. He soon touched on the magic niche that led to a new style of law practice – representing plaintiffs in complex commercial disputes.

In 1980, Susman founded Susman Godfrey, one of the first boutique law firms to limit its specialty to commercial litigation. Susman built the firm on the idea of handling large commercial cases on a contingency basis. At the time, the use of contingent-fee arrangements was largely limited to personal injury cases. Susman’s core belief was that if a lawyer was not willing to take a case on contingency, the case was not worth litigating.

Clients liked the concept because it signaled the lawyer’s confidence in the case, aligned their interests with their lawyer’s, and conserved cash. Decades before “alternative fee arrangements” became a catchphrase at corporate counsel gatherings, Susman had made them a key ingredient in the firm’s recipe for success.

Susman Godfrey reaped the benefits of this high-risk, high-return model by carefully selecting its cases, handling them efficiently, and winning some of the largest jury verdicts in the country. In the 1990s, the contingent-fee model gave way to a spectrum of alternative arrangements, including pure contingent models, success bonuses, fixed fees, hybrid fees arrangement, hourly fees and combinations of the above.

At the time of Susman’s death, Susman Godfrey had grown into a powerhouse litigation boutique, with offices in Houston, Los Angeles, New York and Seattle, providing home for over 130 trial lawyers. American Lawyer (ALM) named the firm one of the top two litigation boutiques in the country in 2005 and Boutique Law Firm of the Year in 2019. In 2017 it was profiled in Lawdragon’s feature story, “Don’t Mess With Texas, How Lawyers at Susman Godfrey Formed America’s Leading Trial Firm.”

“You will succeed as a trial lawyer if you love what you do.”
– Stephen Susman

Susman first established his national reputation when he won a landmark victory as a plaintiff’s attorney in 1980 with an award of more than $550 million to victims of a nationwide price-fixing conspiracy – it was the largest antitrust jury verdict of its time.

Throughout his career he represented both plaintiffs and defendants including Northrop in its suit against McDonnel Douglas over the F-18 jet fighter, House Speaker Jim Wright in his ethics battle, the Hunt brothers in the largest lender liability case in history, the state of Arkansas in a milk price-fixing case, NASDAQ in multiple high-profile matters, and Steven Kumble in a high profile contract dispute against Lincolnshire Management.

Susman regularly secured landmark monetary awards for his clients. As co-lead counsel to Texas Instruments, he secured a $1.1 billion settlement in a breach of contract dispute with Samsung. He also won a $536 million jury verdict for GHR Energy in its contact dispute with El Paso Gas Corp. Over the course of his career Susman scored multi-million-dollar trial victories for clients such as General Electric, Wellstat Therapeutics, Joe Brand, Inc., Industrial Recovery Capital Holdings, and Masimo Corporation; and faced off against industry titans such as RJR Nabisco, Exxon Corporation, Xerox, and Jeffries.

You can read a full list of Susman’s trials here.

Throughout his career, Susman was routinely recognized for his significant work. American Lawyer and Texas Lawyer (ALM) honored him with Lifetime Achievement Awards in 2016 and 2015, respectively. In 2014, Law360 named Susman one of their first “Titans of the Plaintiffs’ Bar.” In 2011 the Texas Association of Civil Trial and Appellate Specialist awarded Susman with the Lifetime Excellence in Advocacy Award.

Susman was among four of the best trial lawyers in the country selected to compete in the “Best of the Best Shoot-Out” at the Litigation Section of the American Bar Association’s annual meeting. After final arguments by each top lawyer, the 30-person jury voted unanimously for Susman as the most persuasive.

In 2006, Susman was honored as one of the nation’s Top 10 litigators by The National Law Journal (ALM). He was also among a highly select group to have been included Chambers USA for over 10 years and be ranked in The Best Lawyers in America (Woodward-White) for over 25 years. A Business Insider, Law Review 2010 issue named him one of the eleven lawyers you, “definitely do not want to see across the aisle.”

Texas Lawyer (ALM) placed Susman among the ten lawyers “whose actions had the greatest impact on the Texas legal profession from 1985 to 1995.” Business Week has called him “a lion of the Texas Bar”; Town & Country, “the Houston courtroom gladiator best known nationally”; the Houston Business Journal, “the reigning prince of Houston business litigators.”

Susman also appeared on The International Who’s Who of Lawyers list (Law Business Research Ltd.) and was consistently hailed as one of the Top 10 Lawyers in Texas by Texas Super Lawyers (Thompson Reuters).

International Commercial Litigation’s worldwide annual poll of lawyers ranked Susman as the Litigator of the Year and then Top Litigator in the United States in two separate years.

Jury consultant, Don Vinson, in his book America’s Top Trial Lawyers, ranked Susman among the 14 best trial lawyers in the United States and John Jenkins featured Susman in his best seller, The Litigators.

Dedication to the Legal Community

“I hope that my legacy will be that I restored an interest in the legal system in trying cases in front of a jury.”
– Stephen Susman

Although the stakes were high and challenges immense in his private practice, that did not stop Susman from tirelessly pursuing causes of justice and reform. Teaching lawyers around the world effective advocacy–instituting reforms in the civil justice system, improving jury comprehension, streamlining class actions, and promoting efficient trials- topped Susman’s priorities in his dedication to law. In his later years, Susman penned a series of articles for Law360 called “Innovating for Wise Juries Series,” which explored “resuscitating the American jury trial.”

Susman was known for the Susman Agreements promoted by his website TrialbyAgreement.com. Trial by Agreement is a forum where trial lawyers, in-house counsel, clients and judges can discuss improvements, agreements covering other subjects and keep some record of what works and what doesn’t. Susman created it after serving as a member of the Texas Supreme Court Advisory Committee and as the Chairperson of the Discovery Subcommittee and experiencing first-hand the difficulties in creating procedural rules that fit every civil case.

The agreements available on the website help litigants, judges, juries, and lawyers come to agreement on simple rules at the beginning of a case to streamline discovery and trial. Susman believed these agreements reduced expense, stress, and many of the uncertainties that are associated with pretrial rulings and jury trials.

As his career progressed, Susman often questioned why less than one percent of federal civil cases were decided by a jury (You can watch Susman discuss the right to civil jury trials here). In 2015 he set out to investigate the reason when he donated $2 million to New York University, and partnered with its law school to establish and fund The Civil Jury Project at NYU Law School. The project was and continues to be a collaborative effort between law students, lawyers, judges and political bodies across the nation who intend to examine the factors leading to a decline in civil jury trials and educate the legal community and public on methods to revitalizing the dying system.

The Civil Jury Project, headed by Susman as Executive Director, launched in September 2015 to investigate the impact of lower jury trial rates on the public’s constitutional right. The project engages a variety of legal professionals and policy makers to discuss the importance and mechanisms for preserving the right to a jury trial. Susman spent time and effort to address this issue, even serving as a guest-professor in the programs first year.

Susman served as former Director of Texas Association of Civil Trial and Appellate Specialists and a Trustee of the U.S. Supreme Court Historical Society.

At the time of his death, Susman’s list of references was 13 pages long and letters of recommendation continued to come in.

The legal community mourned Susman’s death and extolled the legacy he left on the profession: 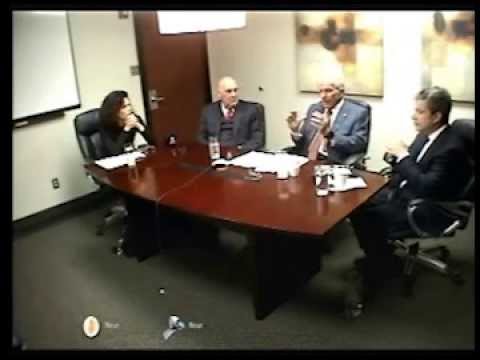 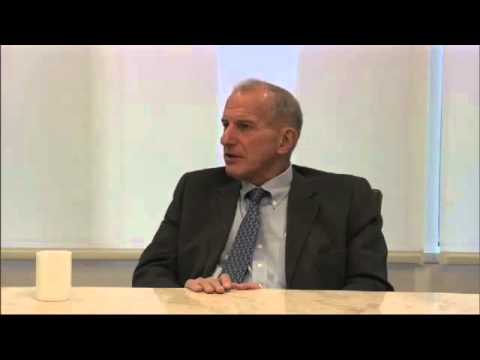 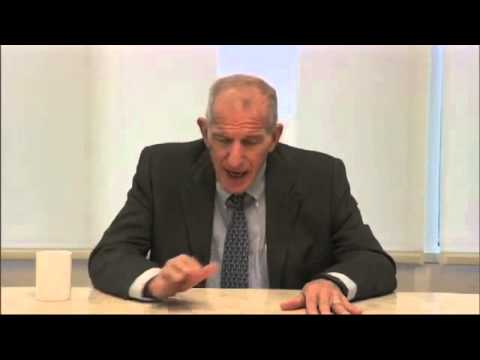 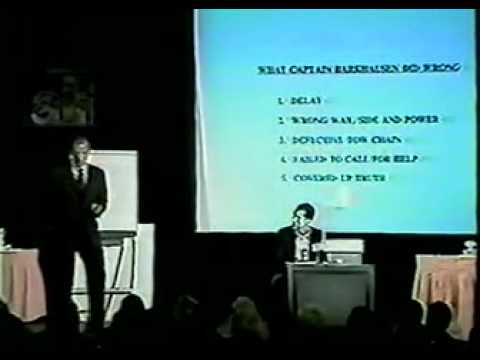 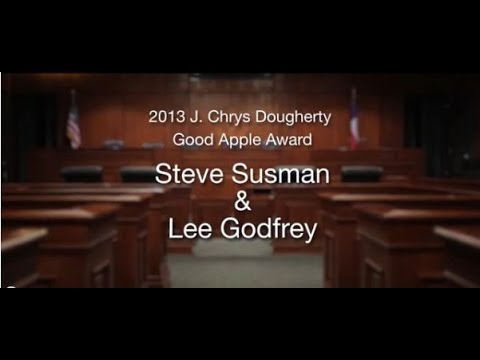 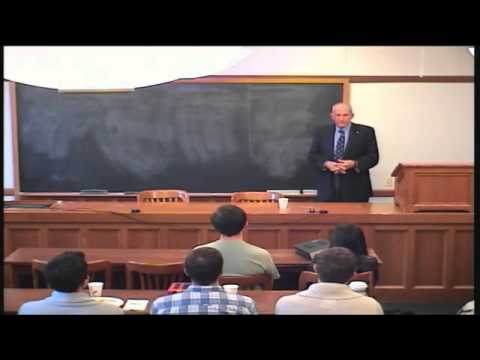 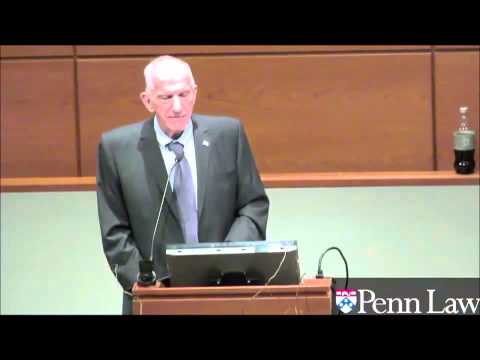 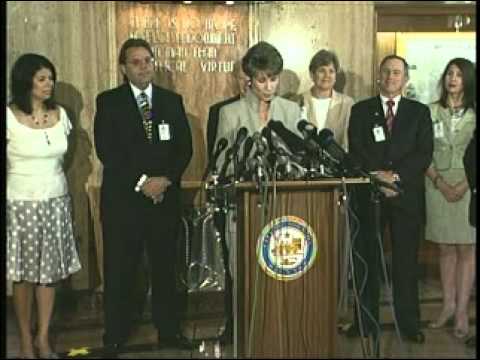 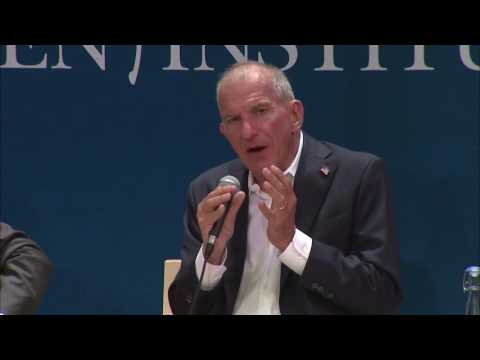 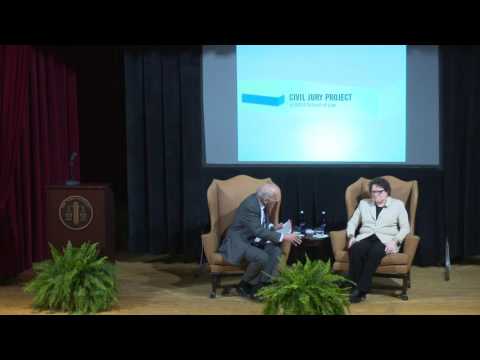 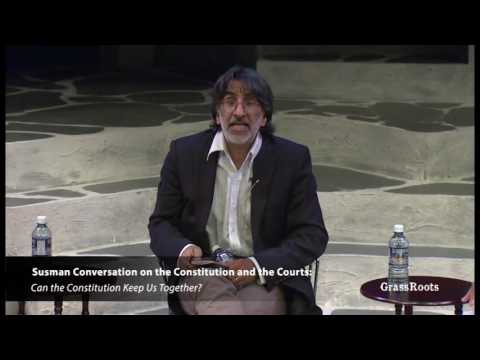